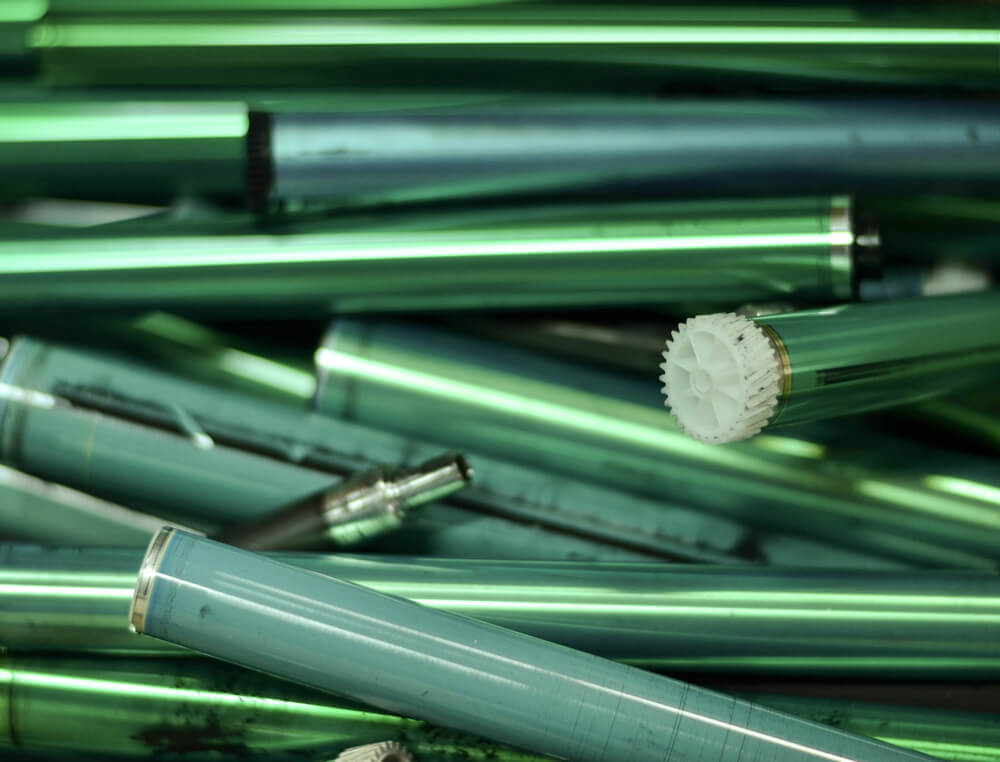 How “Green” Are Recycled Toner Cartridges?

It has been estimated that each new laser cartridge, which is made up of 40% plastic, takes at least three quarts of oil to produce. Metal makes up another 40% of the cartridge, along with smaller amounts of rubber, paper, foam and toner. These new, or “virgin” cartridges, also require a great deal of energy during the manufacturing process. Each new cartridge causes the release of approximately 2,200 pounds of CO2 into the atmosphere.

Virgin cartridges have the worst impact on the environment, especially if they are thrown away after use. In fact, it is estimated that over 300 million inkjet and laser cartridges are thrown away each year – roughly equivalent to the weight of 67,600 SUVs. This kind of waste takes centuries to decompose.

There are several other options that don’t take as much energy or oil to produce, and that reduce the impact on the environment. The first choice is refilling a cartridge using a refill kit. However, while this is an economical option, the end result is often of poor quality.

Recycled cartridges are usually made from recycled plastic. Some OEMs brag about their “closed loop” recycling, which uses recycled plastic as raw material to make new cartridge cores. This recycled plastic is often combined with new plastic to create new OEM cartridges. But the reality of recycling cartridges is that it requires more energy, produces more emissions/waste and generates more waste than the third option, remanufacturing.

Remanufacturing toner cartridges involves reusing and repairing existing printer cartridges according to rigorous quality standards. At LaserCycle USA, we completely disassemble used cartridges and inspect all the parts, including the drum, corona wire assembly, wiper blade, and roller. Worn or defective parts are replaced, and the cartridge is cleaned, refilled, and reassembled. Used toner cartridges can be remanufactured up to four times for a potential savings of up to 12 quarts of fuel. These cartridges will equal or outperform OEM cartridges.

As one of the nation’s largest producers of recycled, remanufactured laser toner cartridges, LaserCycle USA has kept four million pounds of plastic out of landfills, in addition to eliminating over three million pounds of CO2.